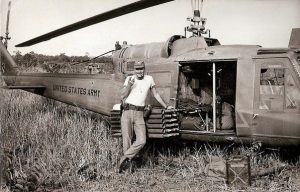 In my first post I mentioned my childhood…and described it as great.  It was.  I grew up in a military family.  My brothers and I were part of a subculture of “Army brats.”  By the time I left home for college, I had already lived in 21 different places.  My dad was an Army aviator and retired as a Colonel after 28 years of faithful service.

To this day people tell me that such mobility must have been difficult, emotionally and socially.  Nothing could be further from the truth.  You see, all of my friends at school and sports teammates were Army brats as well.  Moving every year…sometime two or three times in one year as I did in second grade…was normal for us.  What really seemed strange was that so many people, our civilian cousins for example, were living in the same place year after year. 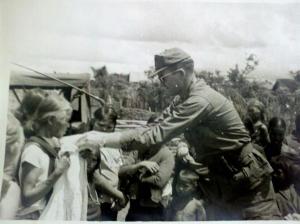 It was no fun when my father left for Korea without us for one year.  We missed him terribly when he was in Vietnam on two separate tours lasting a year each time.   That said, all my friends and classmates were dealing with the same reality.  Our fathers were soldiers.  Soldiers often leave home, not because they want to, but because it is what soldiers do.  I was proud of my father.  I took seriously his parting words to me before each hardship tour, “Remember, Bruce, you are the oldest.  You are the man of the house while I am away.  Take good care of your brothers.  Do your best to help your mother.”  I took his words to heart…and prayed each night for his safety.  My classmates sent care packages to my father’s unit so they could enjoy homemade treats from back in the States.  We also sent food, medical supplies and clothing for him to distribute to the locals.

When Dad was not stationed far away from home, we moved as a family from duty station to duty station.  We lived in places as diverse as Ft. Lewis, Washington, Ft. Rucker, Alabama, Ft. Hood, Texas, and West Point, New York.  Each move was an adventure.  Familiar faces could be found at each new post as our paths crossed with other Army brats time and time again.  To this day, I cherish friendships with fellow Army brats from over 40 years ago.  Social media, such as Facebook, certainly helped many of us to reconnect. 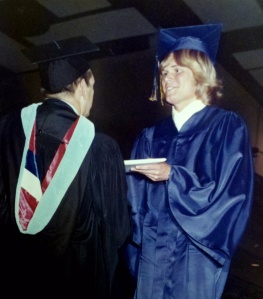 My last two years at home were spent in Fairfax, Virginia.  Dad was assigned to the Pentagon.  This meant we had to buy a home in the civilian community as there isn’t any “on post” housing with this assignment.  I attended and graduated from Robinson Secondary School…along with many other Army brats, some of which I have known since elementary school while living on post in many different states. 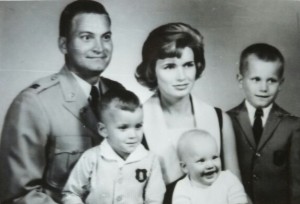 Looking back, I thank God for my father’s service to our nation as a member of the U.S. Army.  I thank Him for a life that was blessed in so many ways, in spite of the hardships.  I am grateful that I learned to make friends quickly and to enjoy each and every day right where you are…for you may be gone before you know it.  I thank my parents for making sure that wherever Dad’s assignments took us, we had a home where love, kindness, devotion and faith in God were alive and well.