Several years ago, after our house was broken into and the few pieces of jewelry belonging to my wife were stolen, we decided to get a dog. The police officer who filed the report of the break-in and theft said that burglars are not concerned with alarm systems. They smash a window or knock down a door…run into the master bedroom…take the pillowcases from the bed…dump whatever jewelry they can find into the cases…and run back out…sometimes in less than a minute. That same officer did say that a dog with a good bark can make a thief decide to go elsewhere.

That’s how we came to have Maximus. We selected Max from a local shelter when he was just a pup. His veterinarian tells us he is an American Dingo…also known as a Carolina Dog. My research tells me that in all likelihood, the veterinarian is correct. (Here is a link to information about these unique dogs if you care to give it a read: http://www.carolinadogs.com/)

Max is now seven years old. He joins me each morning on my hikes into the arroyo and mountains behind our house. Watching Max provides me with a sense of wonderment. I am continually amazed by him.

Max did not grow up in a pack of dogs. He was dropped off at the shelter when he was just a few weeks old. There he stayed, in a cage, until we rescued him. He did not learn how to behave like a dog by watching other dogs. He exhibits behaviors and reactions that are entirely innate. I believe he does what he does because God made him that way. Those without faith might say that his behavior is simply written into his canine DNA. I believe his DNA was made that way by the Creator. 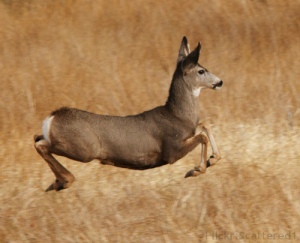 When Max first encountered the abundant lizards here in high desert country, he started bounding off the ground simultaneously on all four legs. He did this as he chased the lizards, leaping over the sage brush with ease. Those of you who have seen mule deer stotting away from you know what I am talking about. Max’s four legged bound is much like the stotting of deer. When I first witnessed Max doing this, I stood there with my mouth wide open. “How did he learn to do this?” I thought to myself. Well, Max did not learn this from anyone…or any other dog. Stotting is in his blood. God made him that way.

One morning, Max was ahead of me by about twenty or thirty yards. When he does this, he always stops to turn and look back in my direction every so often. If I have paused to look at a Cooper’s hawk or coyote with my binoculars, Max then runs back to wait by my side. If he sees that I am still hiking in his direction, then he continues. This time, I watched as Max was in front of me…and then he started doing that same stotting behavior, only now he was not leaping over sage brush. Instead, he was jumping straight up in the air on all four legs over and over again…coming down on the same spot each time. I thought he must have finally succeeded in subduing a lizard. When I reached him, I saw that he actually had been pouncing on a gopher. Max then picked up the stunned gopher with his teeth and started shaking it back and forth…with such force that its entrails came flying out. All of this happened in a matter of seconds. Then Max placed the gopher at my feet. Wonderment…sheer wonderment! Once again I was amazed. No one taught Max how to stot in pursuit of lizards…and no one taught him how to catch and shake a gopher. Yet he did this…naturally. Some would call this instinctive and leave it at that. I believe Max’s instincts are a result of the way in which the Creator formed and fashioned him as a dog. 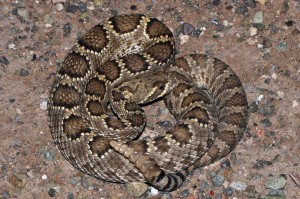 Max and I were recently coming back down the mountain we had climbed before sunrise. The morning light was starting to illuminate the trail, so I put away my headlamp. Just as I secured the headlamp in a compartment on the side of my backpack, Max jumped sideways and then ran to my side. On the trail in front of us was the biggest rattlesnake I have ever encountered in all my years of hiking and hunting in New Mexico. His head was raised as he looked in our direction…his tail was rattling louder than a Native American gourd rattler. Once again, I stood in amazement. How did Max know that a rattlesnake must be avoided? Where did he learn this? Why did he jump sideways to get away from it, instead of going after it as he does with lizards and gophers? By now you know the answer. 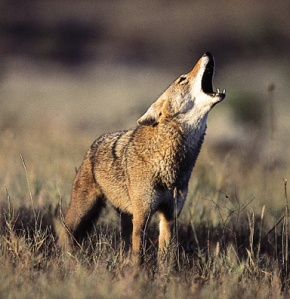 On most mornings, Max and I can hear the calls of coyotes. I always stop to listen as they call out to one another with various howls, yips, yelps and barks. Max then lifts his head and lets out a long howl that starts low, then rises, then trails off at the end. He sounds just like a coyote. On many evenings, we can hear the coyotes calling as we sit at home. Max has gone to the back deck and let out that same long, lyrical howl as he communicates with them…a conversation between Canis latrans and Canis familiaris…and I am once again in a state of wonder. 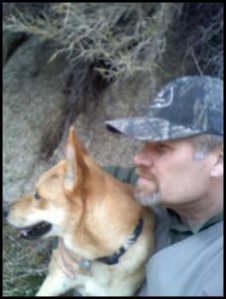 I am a morning person. I am about to finish these reflections and it is only 4:15 AM. As soon as I have a bit more coffee and a light breakfast, I will be heading east to the mountains with Max. Who knows what adventures we will have? Who knows how he will amaze me with his own natural behavior? Who knows how I will find myself once again in awe of the Creator who gives life and purpose to every creature? 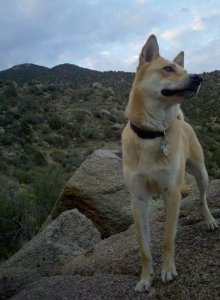 By the way, Max has a great bark. He senses a person near our house long before we see them through the window. No one has broken into our home since Max came to live with us…

5 thoughts on “Canine Behavior: Lessons in Wonderment from Maximus”