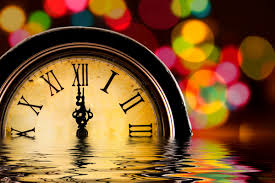 Most of this was written for the members of my congregation in our January newsletter.  Several people suggested that I share it on my blog for a wider audience.  I have added a few additional thoughts.

I hope…and pray…this blesses you in some way:

What makes a year new? Once a new year has arrived, how long does it remain new before it becomes old?

It is not my guess, but my experience, that for many of you this so-called “new year” already feels a lot like all the “old years” that have come and gone.  Based on what I’ve read in some of your Facebook posts and comments, the “new” year already feels tired, worn-out and just more of the same old, same old.

In Christ, you have already been made into a new creation. Through baptism into the death and resurrection of Jesus the Savior, the old you has been put on the cross and the new you has been raised up with Him.

Whatever shame, regret, mistake or sin from your past is weighing you down, the God who loves you wants you to know that in Christ you are fully forgiven, fully restored and fully loved.  You no longer need to live each day tied down to your past.  You can live each day in the freedom of God’s saving love.

This is the promise of God’s Word:

Therefore, if anyone is in Christ, he is a new creation; the old has passed away, behold, the new has come. All this is from God, who through Christ reconciled us to himself and gave us the ministry of reconciliation; that is, in Christ God was reconciling the world to himself, not counting their trespasses against them, and entrusting to us the message of reconciliation. So we are ambassadors for Christ, God making his appeal through us. We beseech you on behalf of Christ, be reconciled to God. For our sake he made him to be sin who knew no sin, so that in him we might become the righteousness of God.  II Corinthians 5:17-21

The Lord has called a new you into being. You have been washed clean through the blood of Christ. You have been raised up to new life with Jesus. You are now an ambassador for Christ!

So even when 2015 feels tired and worn out…if it doesn’t already…remember that the gift of newness has been freely bestowed on you by your Father in heaven. 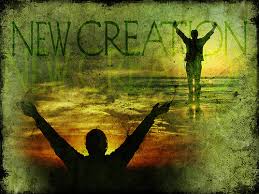