I try to shoot my bow every day.  We are blessed with a backyard long enough that allows me to shoot out to 30 yards.  Since we are in Albuquerque, there is a large wall that surrounds our property like most homes…and I’m not talking about chain link or the picket fence variety.  Here in New Mexico, it’s all about cement block walls. 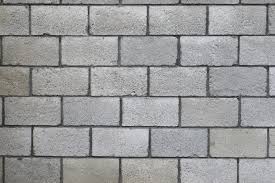 With these walls, I do not have to worry about an arrow missing the mark and traveling up the hill.  Truth be told, I have never missed my 3-D target…but it is good to have the walls there for safety’s sake.  I use a target called the “Full Rut.”

I prefer practicing with a target that actually looks like a real animal.  I’ve never seen an elk or deer in the wild with a circular bull’s-eye on its vitals.

I applied for several hunts in this year’s New Mexico Department of Game and Fish (NMDGF) draw.  In other words, you have to be drawn in a lottery system in order to get a license.  I applied for elk, deer, ibex, big horn sheep, aoudad, pronghorn, turkey, bear and oryx.  I was drawn for only three hunts…my third choice for each species: elk, deer and ibex.

So I am thankful that three of my applications were drawn.  I know many people who were not drawn for a single hunt.  My friends who live in states with OTC (over the counter) tags may not realize how fortunate they are in having the opportunity to hunt each and every year.

There is another way to hunt in New Mexico…and this has to do with land owner tags.  Our state awards land owners with tags they can use for themselves or sell to the highest bidder.  You may have heard of a guy named Ted Turner.  He owns a ranch called Vermejo Park in this Land of Enchantment that covers nearly 600,000 acres.  For a mere entry-level fee of $12,000 you can buy a tag to hunt elk on his land.  Most of my friends don’t have pockets that deep…and even if they could afford the cost, they would be philosophically opposed to paying that kind of money to hunt big game that actually belong to the citizens of New Mexico…not Mr. Turner.  These are not livestock on a farm or ranch, these are big game animals that belong to the people of this state managed by public trust through the NMDGF.

If someone handed me a million dollars, there are lots of things I would do with that money…but buying a tag from Ted to hunt elk on his ranch would not be on the list.  I’d rather hunt on public lands DIY (Do It Yourself) and hike mile after mile in search of big game.  This not Europe where only land barons had the privilege of hunting…and could have peasants imprisoned for taking game animals on their land in order to feed their hungry families.  In fact, I’d rather come home empty-handed with an empty freezer for the winter than hand over $12,000 to Ted.  I just don’t think he needs the money…nor do I think hunting should be enjoyed only by a wealthy and privileged minority.

Some of my friends think that hunting…and the physical training and target shooting I do all year…are only a distraction.  They say this because they think of their own avocations such as golfing, bowling, tennis and playing cards as mere distractions. Hunting for me is not a distraction.  It is a way of living…a way of being.  Hunting is part of who I am.  The way I hunt requires discipline and hard work.  At my age, I must work my legs and lungs hard year round if I am to climb mountains and descend into canyons in search of my quarry.  If I succeed in getting a big game animal on the ground, then I must quickly quarter it out and haul the meat to camp on my back before it spoils.  This is no trip to the grocery store in my truck, that’s for sure.

So even though it is only May, I am already thinking about elk hunting in September, deer hunting in October and ibex hunting in November.  Someday I will be too old or too weak to hunt like this.  Until that day, I will train hard and discipline myself to be ready for the challenges of DIY big game hunting.

In preparation for this year’s hunts, I will be participating in the Train to Hunt Challenge up in Colorado this June.  Stay tuned…

One thought on “Distraction or Discipline”