I remember the hot summer days of baseball practice when I was a boy.  Between the heat and humidity, I would always come home soaking wet.  My first experience of organized baseball took place when I was in third grade.  We were the Skipwith Twins in Richmond, Virginia. 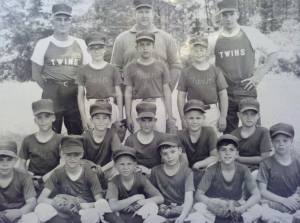 Our coaches were very serious about practice.  One was a grandfather of a teammate; another was the father of a boy on our team; the third was a young college man preparing to be a physical education teacher. There was no time for goofing off or not paying attention.  We ran the bases…a lot.

A few years later I was still playing ball, this time at Ft. Leavenworth, Kansas, with my father as the head coach.  We practiced hard, played harder and won the Little League Championship that summer.  I was the catcher and often played second base.  In the championship game, my dad told me that I would be pitching since our starter was out with an injured shoulder.  I had never pitched a game before, but with Dad’s encouragement and my teammates’ support, I took to the mound.  All I could throw were fastballs.  At the end of the ninth inning, we walked away with the league championship.

I thought baseball practice was tough until I started playing organized basketball.  Some call them line drills, others call them suicides, killers or wind sprints. If you’ve played basketball, then you know what I’m talking about.  We did them in junior high, high school and college.  Two of my three coaches used them as a form of punishment.  If we did something the coach disliked, then it was on the line for killers.  I remember several teammates vomiting after the coach had us doing them for over 30 minutes.  One played actually passed out.

At Patton Junior High School in Kansas, we practiced hard and still had great fun.  I was already 6’3″ tall in 9th grade, so I played center. We won more games than we lost, but didn’t take home any championship trophies as I recall.

At Robinson Secondary School in Fairfax, Virginia, I played with some of the best athletes I ever knew.  Practices were intense and demanding.  Our coach hated to lose…and when we did, the next day’s practice would reflect his anger.  We were district champions one year.  Several teammates went on to play Division I basketball in college.

I played basketball at a small Lutheran college in Decorah, Iowa.  The Luther Norsemen were all guys who played for the love of the game as our college did not have athletic scholarships. I remember cold winter nights walking up the hill for supper after practice in the Field House…just in time before the cafeteria closed. 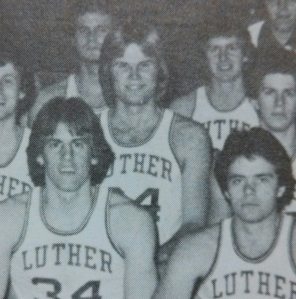 It’s been a long time since I played on any organized sports teams.  We did have flag football and pick-up games of basketball in seminary.  Some of my congregations had church league softball teams as well.  These days, I work-out for overall health and to stay in shape for the rigors of hunting elk and deer with my bow here in the mountains of New Mexico.  I hit the gym regularly for weight training and hike in the mountains behind my house at 5:30AM on most mornings.

Now I have a new goal.  I am going to compete in the 2015 Train to Hunt Challenge in Colorado this coming June. I have a serious conditioning program for the next five months so I can be ready.  It almost feels like I am a kid again preparing for baseball or basketball season.

That said, at 57 years of age I am anything but a kid. In fact, I will be in the “Super Masters” division for men over the age of 50.  That’s just a polite way for all the youngsters to refer to the old men.

I plan to train hard and give it my all. Perhaps I will bring home a medal for my age group…which is actually a painted cam of a compound bow.

Even if I come in dead last, it will be great training for fall hunting.  I don’t use an ATV or ride a horse like many big game hunters my age.  Call me stubborn. If I can’t get there using my legs, then I don’t want to go. 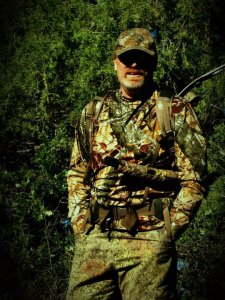 There won’t be any coaches yelling at me to run faster…and no teammates with whom to train.  Even so, I can still hear their  voices telling me to move quicker and jump higher.  They will be with me in spirit on the mountain as I push myself harder each day.  Maybe I’ll see you there.  If so, then feel free to shout out your encouragement…or tell me to get on the line for some killers.